Node as a Backend for Beginners 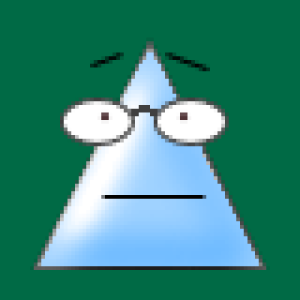 Node.js allows the user to write backend code in JavaScript instead of PHP, Python, Java or any other language.
To be a full-stack developer, you had to be fairly fluent in more than one programming language, but with Node.js, our entire web application can be written in JavaScript.

There are many different npm packages that can be used to write Node.js servers, we’re going to use Express, because

Setting up an Express server.

Setting up your express server is pretty straight forward. You need to have NodeJS on your local machine. Install the latest version of node from NodeJs.

This server.js file is where we will write our backend code.
Currently NodeJS does not support JavaScript’s modern ES6 syntax. To use ES6 we need to install a few packages from babel.
(For those of you who are not familiar with babel, it is a transpiler that allows us to write our codebase in ES6 syntax, where ES6 is not supported natively for e.g NodeJS)
Install the required babel packages by this command:

This file is where we tell babel how we want to transform the ES6 code that we write, into common javascript code that NodeJS can execute. This is really simple as shown in the picture below.

Write your first Server Side code.

We are going to start with a simple express server that just sends us a message when we send request to it.
Open up your server.js file and write the following code.

Now, Open up your browser and type localhost:8000/hello and you can see the message displayed

Testing an Express server with Postman.

So far, we are testing our backend by typing URL into our browser, but this method is not good enough for complicated operations that we want to implement. For this purpose, we’re going to use a tool called postman. It is very common free piece of software used by many developers for testing purposes to build a backend.
Download and install postman from here.

Post Request: We will take the above example and we will pass in the URL with some JSON data in postman body with type POST as shown in the picture below.

Now, instead of Text, select JSON (application/json) and type in your name.

Now open your backend terminal, and to include this data in our backend code, we need to install a package called body-parser by

(In the body, we are sending a response using backtick instead of inverted comma, which is an ES6 syntax, to include the name data in the json file as shown in the picture above)

Route parameters are named URL segments that are used to capture the values specified at their position in the URL. The captured values are populated in the req.params object, with the name of the route parameter specified in the path as their respective keys.
Let’s take an example

Note that instead of req.body we are using req.params