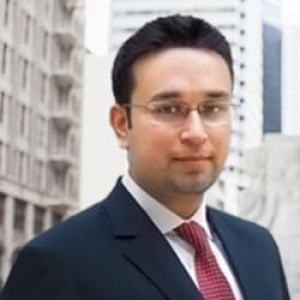 Welcome to easiest game development unity tutorials on the internet. In this unity 2d tutorial series, we shall be focusing to make games with unity, a full game from scratch to uploading on different app stores (Microsoft Windows Phone, Windows Store, Facebook and Android). We shall be dealing with character designing, animation, unity scripting, using different tools and technologies to make a full 2d own game in unity 3d.

What you need to know?

I have played and developed number of 2D games. In my experience, first step in generating idea is to visit app stores and check which type of games people are more interested and playing. Look at their no. of downloads and then read comments to get an idea what is missing their and what is good about that game. Second step, is to download the game either from Windows Phone store, Google Play or Apple store etc. Well if you ask me, for this tutorial I got ideas from games like Dumb ways to die, Poe, flappy bird(goto google play store and search these games) specifically. Tell you one important thing, everyone copies stuff from one or the other source and call it inspiration. So you have to take the inspiration, and blend the ideas all together with your own characters and add the wow factor in it then you are good to make money(will look into that later) with games. So, in my opinion,to keep things silly simple, lets make a flappy bird game from A to Z.

We shall have a cartoon character that moves vertically and there are hurdles in its way. We’ll have to save the character from hurdles and collect different points. There will be home screen, a game level, options menu and game over screen. It will be an infinite runner game (like flappy bird). So here is our little story about the game. One important thing, this is an engaging game i.e more downloads and more money.

When you are making some more robust 2d games in unity then you need to use a software called Toon Boom or other tool like Manga Studio. It is handy specially when you are making bone system in characters, lip sync and rigging characters. It has some useful features which are missing in photoshop. But for this particular game, as I said earlier I will keep things silly simple, I will use photoshop specifically throughout the game design.

Click on above image to open full resolution image in new tab. There is one thing very important to note that i have divided a cloud into two parts at left and right sides, this is because it will animate when played, right side of image will be connected to left side of image, then it will look like this(animation is fast i know it will look smoother in unity):

Click on above image to open full resolution image in new tab. ok now you have clouds and buildings with some nice trees. Time is to create game character.

I have created a game characters in photoshop and then separated each part(layer) of character like this(separating each component is necessary because we have to animate individual part later). If you remember this is what you used to do in paint. but in paint we cannot export an image with transparent background. So, the following character (talking about separated pieces): 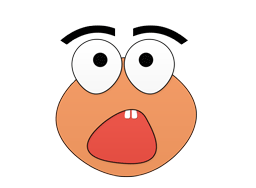 Time for some nice hurdles, stones, banana(the power lol). I have designed following hurdles and bonuses, you can just copy paste following image:

4. Some text and buttons

Following are few buttons and text necessary for this game:

For now, we are done with game design thing. In the next tutorial we will create unity project using git and import above designs in unity.

Next TutorialTutorial 2: How to use GIT for Unity source control | Creating Unity ProjectNext